Where Have My Book Related Posts Gone?

For those of you who may have begun following this blog in search of book posts (reviews, tags, etc) this is just a quick update to let you know that I now post my book related things on another blog you can find by clicking here. There are a few reasons for this but mainly I just wanted to be able to keep my book things in one place and I wanted this blog to be more posts about music/whatever I want to post about at the time. I hope that's okay with all of you and please head on over there if you fancy checking it out!

My Book Blog: thebeautyinwords.blogspot.com
Posted by LucyTregidon at 22:12 No comments:


On Thursday 30th May I had the amazing opportunity to see the Upload Tour 2 in Clwb Ifor Bach in Cardiff. The Upload Tour 2 saw Eddplant, Bribry and Dave Giles join their musical forces with Luke Cutforth (LukeIsNotSexy) as the host. 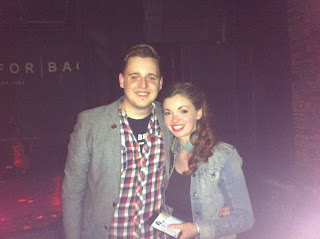 To say that I enjoyed the evening is an understatement. I have been a fan of Eddplant for a few years and I have listened to his album 'Confidence Tricks' more than any other album I've ever bought. It is no exaggeration to say that he is quite possibly my favourite musician of all time. To have the opportunity to see him live was amazing but the fact that I got the opportunity to meet him afterwards was just incredible. His performance was utterly amazing and he was really lovely afterwards, signing the copy of his latest album 'Nothing To Worry About' that I bought and having a photo with me. The friends I were with even told him I'd covered his song 'Butterfly in the Breeze' (which is my favourite song of all time) on YouTube and he said he'd watch it (I am well aware that as a busy musician he quite possibly won't have time but the fact he said he would was amazing in itself). 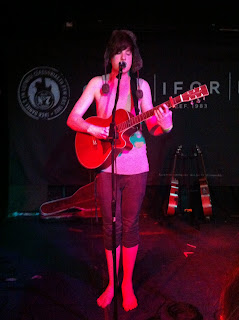 I was first introduced to Bribry a few years ago by a friend (who also came to Upload 2 with me) and I have been a fan of his music since. Bribry has such a unique sound and is not only a fantastic musician but also an extremely inspirational person, having set up charities such as the Ross Foundation in memory of a friend of his who sadly passed away from cancer and CutCakeNotWrists to help young people who struggle with self-harm. His performance was also brilliant and although there wasn't time to have a photo with him afterwards (due to the majority of the people there wanting to see him in particular) he managed to sign my ticket and seemed lovely, even if slightly over-whelmed (which was completely understandable due to the constant crowd around him). 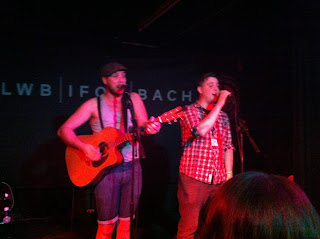 If I said I'd been a fan of Dave Giles for a long time I would be lying. Although I'd heard of him before, I never really listened to his music properly before the Upload Tour 2. This is something I regret. Dave Giles is such a fantastic musician and a truly lovely person and he deserves so much more attention than he gets at the moment. His lyrics in particular stand out to me as he seems to have a way of making each of his songs a story with beautiful words. I was also amazed at his guitar skills and it is clear that he's not just a singer/songwriter but he is a true musician. If you have never listened to Dave Giles before I honestly can't encourage you enough. I bought his album 'Love, Life, Loss and Tea' at the gig and I have honestly been listening to it constantly since. Along with his being an incredible musician, Dave was truly lovely afterwards. He signed the CD of his album I bought, had a photo with me and even promised to check out my own YouTube channel. Dave Giles made the performance a completely unique experience for me as at one point he had the audience sat on the floor in a circle while he played his song 'Bangarang' with just his voice and an acoustic guitar (no microphones, backing vocals from the others or extra instruments) and it was an amazing opportunity. 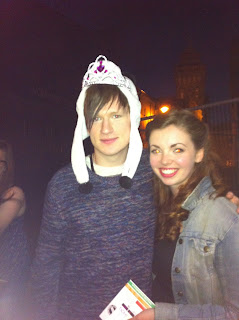 I enjoyed the evening so much and if you've never heard of any of these people before, please do check out their YouTube channels. They're each unique, unsigned artists who deserve to have their music listened to. On the rare chance any of them are reading this, I would just like to say thank you so much for making the night so incredible with your fantastic music and your wonderful personalities. I won't forget the night in a long time.